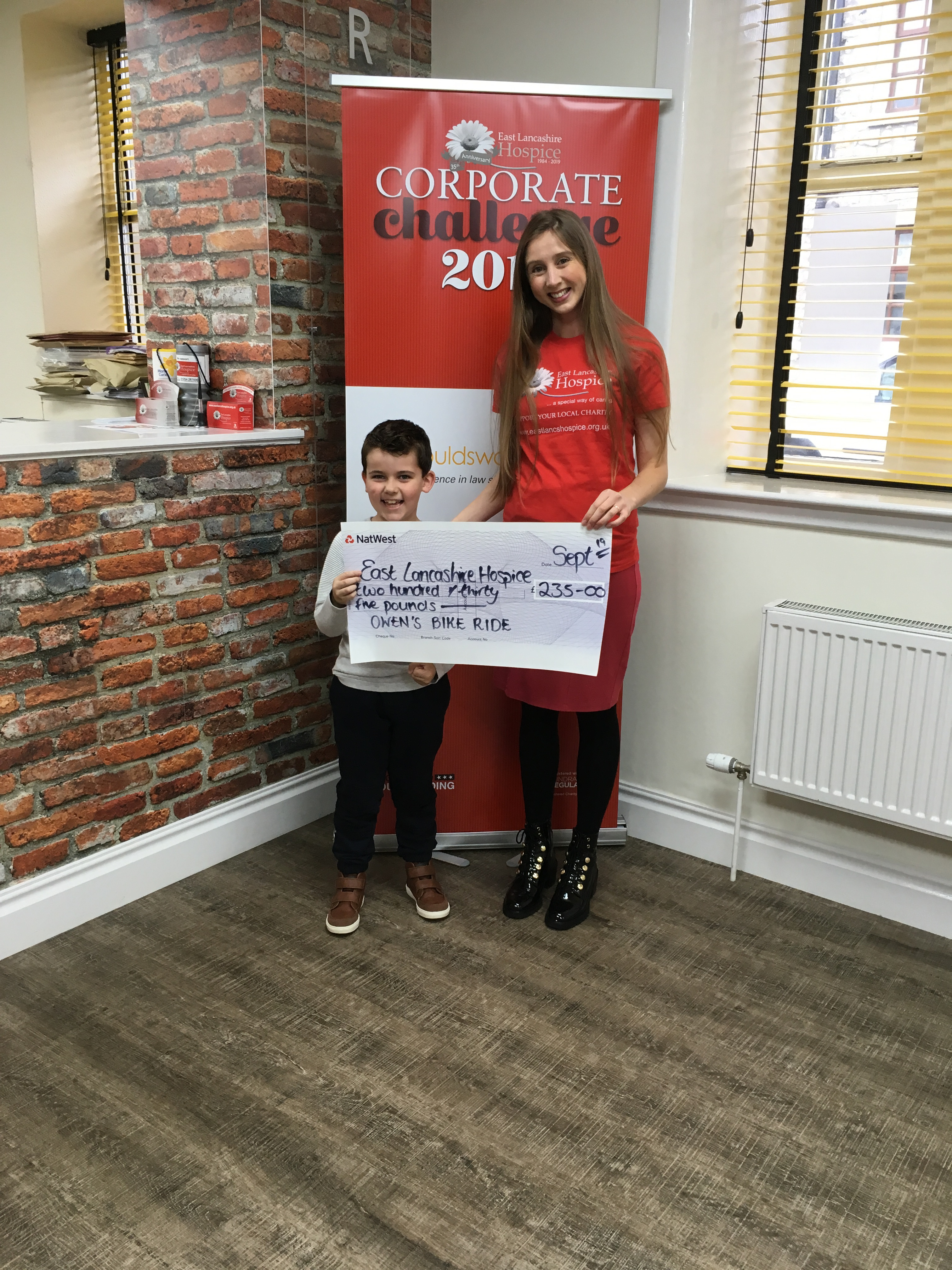 Move over, Superman – there’s a real life superhero in town and his name is Owen Brown.

Seven-year-old Owen from Whalley rode his bicycle from Whalley to Waddington to raise money for East Lancashire hospice. It was a particularly big challenge for Owen as he suffers from asthma and had part of his lung removed when he was nine months old.

Amazingly, he only learnt how to ride a bike three weeks before the 5.8 mile charity bike ride. Owen wanted to get involved with the 2019 East Lancashire Hospice Corporate Challenge, as his mum, Karah Keough works at Houldsworth Solicitors in Clitheroe, one of this year’s competitors.

To mark the East Lancashire Hospice’s 35th anniversary, 35 companies have been attempting to top the scoreboards for the Corporate Challenge by raising as much money as they can for the hospice. The challenge raised over £44,000 last year.

Owen hoped that through his challenge he could raise enough for the patients at the hospice to get some new pyjamas or pillows. In total, he raised a fantastic £235 for the hospice.

Owen said: "Everybody should do a challenge for the hospice like my bike ride."

If you’ve been inspired by Owen’s story and would like to take on a challenge in aid of the hospice, then please visit https://­eastla­nc­shos­pice.­org.­uk/­fundraising or contact the fundraising team on 01254 287001.