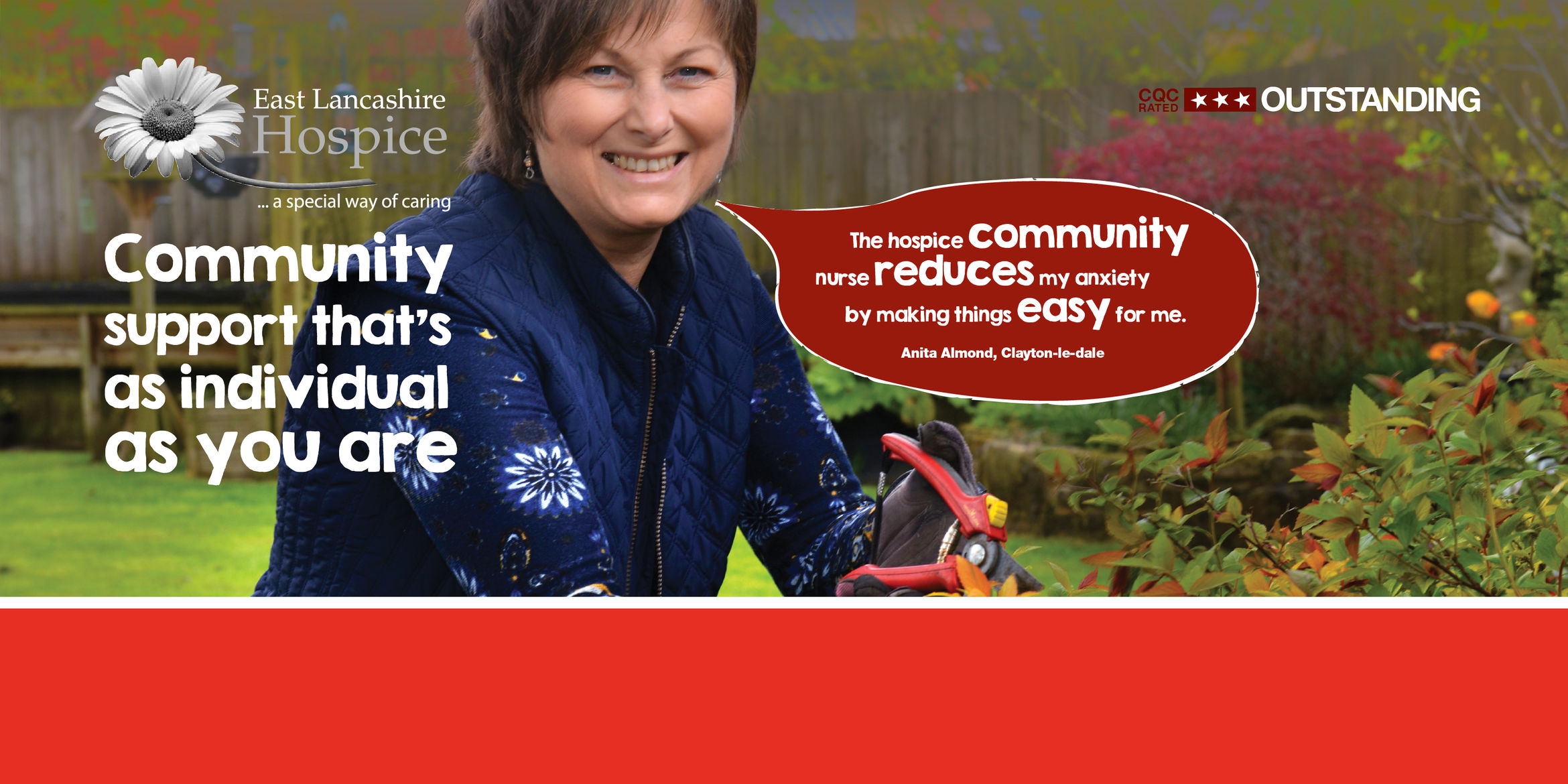 Mother-of-two Anita Almond was just 47 when diagnosed with ovarian cancer.

The former hairdresser and Blackburn College tutor had been symptomatic for 12 months but had just put things down to ‘getting older’.

“My sister went through the change at 45 so I just put it down to early menopause and middle age spread.

“I had pains in my left-hand side, I felt bloated, I kept needing to go to the toilet and noticed bodily changes. It wasn’t until I was able to feel the tumours in my tummy that I went to the doctors. By that time, I had two fist-sized tumours and was diagnosed with stage 3c cancer.”

Within weeks Anita underwent surgery but the cancer had already spread throughout her abdomen. Surgeons have operated twice and Anita has undergone seven rounds of chemotherapy.

As a result of a drug she was prescribed, Anita was left with all over body pain and mobility issues – especially in the hips, shoulders, back and legs.

Anita, 53, said: “I needed both medical and physical help. The hydrotherapy coupled with the massage and physio really helped. It got me through.

“I couldn’t have managed without the hospice’s help. I wasn’t really aware of complementary therapy and its benefits until then, but the leg massage was brilliant.”

Since then, Anita has continued to access the complementary therapy sessions and says she finds the reflexology very relaxing and comforting.

“It’s more than just relaxation, it takes me away from a dark place. It’s more like a treat than treatment. My life is just hospitals – but it doesn’t feel like an appointment. It’s a bit of ‘me’ time. It’s somewhere to go and relax, but also someone to chat to. It’s like counselling at the same time. There’s more to the hospice than people think.”

Last year, Anita was told she had a bowel narrowing due to cancer spread and needed further surgery, and recently found out the cancer had spread to her skull.

“I was told it wasn’t going to get any better. I’m not curable but it’s six years since my original surgery. You have to look on the bright side. It’s a case of managing it and battling through. You just get used to it.”

Anita accessed the hospice’s community services – including visits from a clinical nurse specialist.

“Lianna, my CNS, has been there for support and reduces my anxiety by making things as easy as possible for me.

“If I need anything talking through with the doctors, Lianna steps in as the translator between the different services. She rings and get prescriptions and screenings arranged and intervenes where she needs to.

“Lianna has also helped me with my end-of-life plan and has been there to guide me and talk me through different options. As and when I get to the stage that I am end of life she will be there for me.”

Anita has also spent time at the hospice while undergoing pain management, and her regular complementary therapy sessions.

She said: “Should I need the hospice, which I probably will when the end comes, the staff there know me. I have been a visitor for four years. It’s comforting to know that I won’t be in a strange place.”

Anita is now aiming to raise £5,000 for the hospice by asking people to doante just £2 each. If you can help, please click here