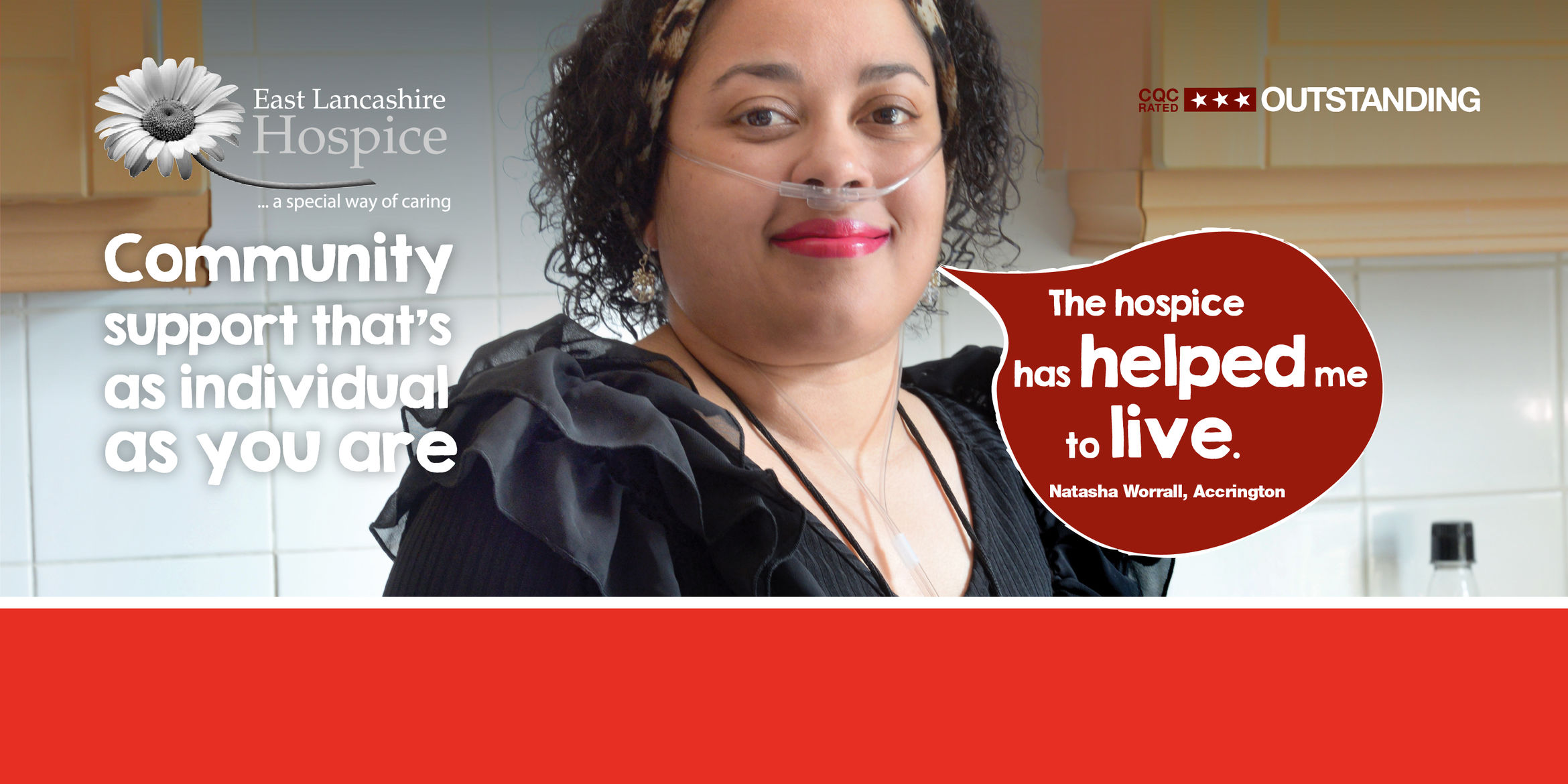 Natasha, 36, had always suffered from chest infections, even as a child. When she was 20 she was diagnosed with bronchiectasis, a lung condition, and bronchiolitis obliterans, a rare form of chronic obstructive lung disease.

Until two and a half years ago, Natasha was able to lead a ‘normal’ life, until another chest infection caused her oxygen levels to drop dangerously low and she was admitted to hospital.

Natasha, from Accrington, was put on long-term oxygen and told her only treatment option was a lung transplant. Her two sons, aged 12 and 8, are also believed to have inherited the same rare condition as her.

While waiting to get carers in place, Natasha used the Hospice at Home service. Staff visited her home, helped with household chores and gave Natasha someone to talk to.

Natasha purchased a new electric wheelchair to help remain independent and get out of the house but lacked the confidence to go out in public with her oxygen nasal cannula.

“When I was first discharged from hospital, I didn’t want to go out. I felt like people were staring at me and judging me. I was quite isolated, and I could have been much worse if the hospice staff hadn’t recognised that I was going into isolation mode.

“The lady that used to help me at home took me out for my first trip in the wheelchair. She really helped to build my confidence. Now I don’t think twice about going out.”

Natasha is also a regular attendee of the hospice’s Creative and Support Therapies (CaST) Thursday group. “I have been going for 18 months now and we’re like a family. The group takes part in lots of art and craft activities and you learn lots of new skills, but it’s also somewhere you can chat to people.

“At CaST, we are all in the same boat. If you’re having a bad day, you can talk openly about it. I have a day to look forward to and it helps me get through difficult weeks. It’s a lifesaver really.”

Natasha said she has also benefited from counselling, provided by the hospice.

“I don’t want to burden people, especially my friends and family, so the counselling has really helped me manage my emotions.

“My condition deteriorated quickly and now I can’t do the things I used to be able to do, like walk my boys to school. Now I struggle to walk upstairs.”

Natasha said complementary therapy has helped her deal with the physical strains of her illness.

She said: “I get a lot of tension in my shoulders from lugging around the oxygen cylinder. I’ve found that the massage therapy offered by the hospice really helps and I sleep much better.”

“I was frightened the first time I stepped through the doors of the hospice. You never really hear about hospice until someone is dying but East Lancashire Hospice has actually helped me to live. They are a great support and help me to feel confident and stay positive.”