A woman from Accrington celebrated her 70th birthday by raising over £1550 for East Lancashire Hospice.

Norma Rigby asked friends and family for hospice donations instead of presents after her sister Marilyn Simpson died in the hospice. She also sold hospice pin badges at her birthday bash, held at the Popular Club, Accrington.

Norma said: “I wanted to do something for the hospice as Marilyn was looked after at the hospice, and so were all the family. Marilyn felt safe there. If she were here now she’d be so glad we’ve done this as a thank you to the hospice that helped her so much.”

Hospice fundraiser Kimberley Hall said: “Norma’s gift to the hospice is a wonderful way to mark her 70th birthday and remember her sister Marilyn. By asking for donations, the hospice can continue to care for patients and families

We rely on the support of the community and donations such as this ensure the hospice will be there in the future for the people who need it.” 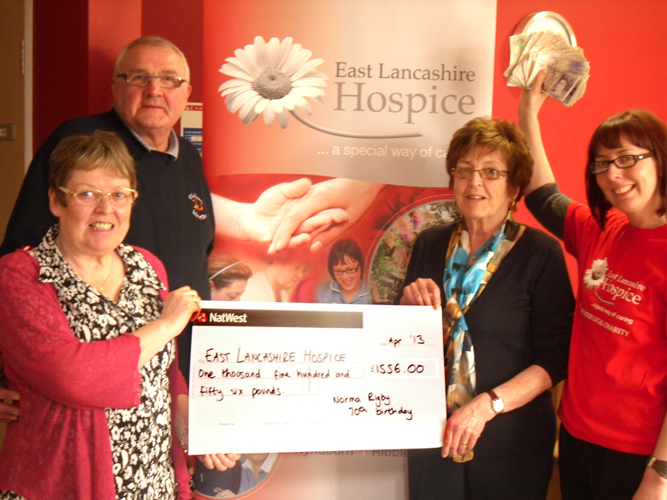