The Red Rose Social Club proved they were blooming amazing – by handing over a cheque for £450 to East Lancashire Hospice. 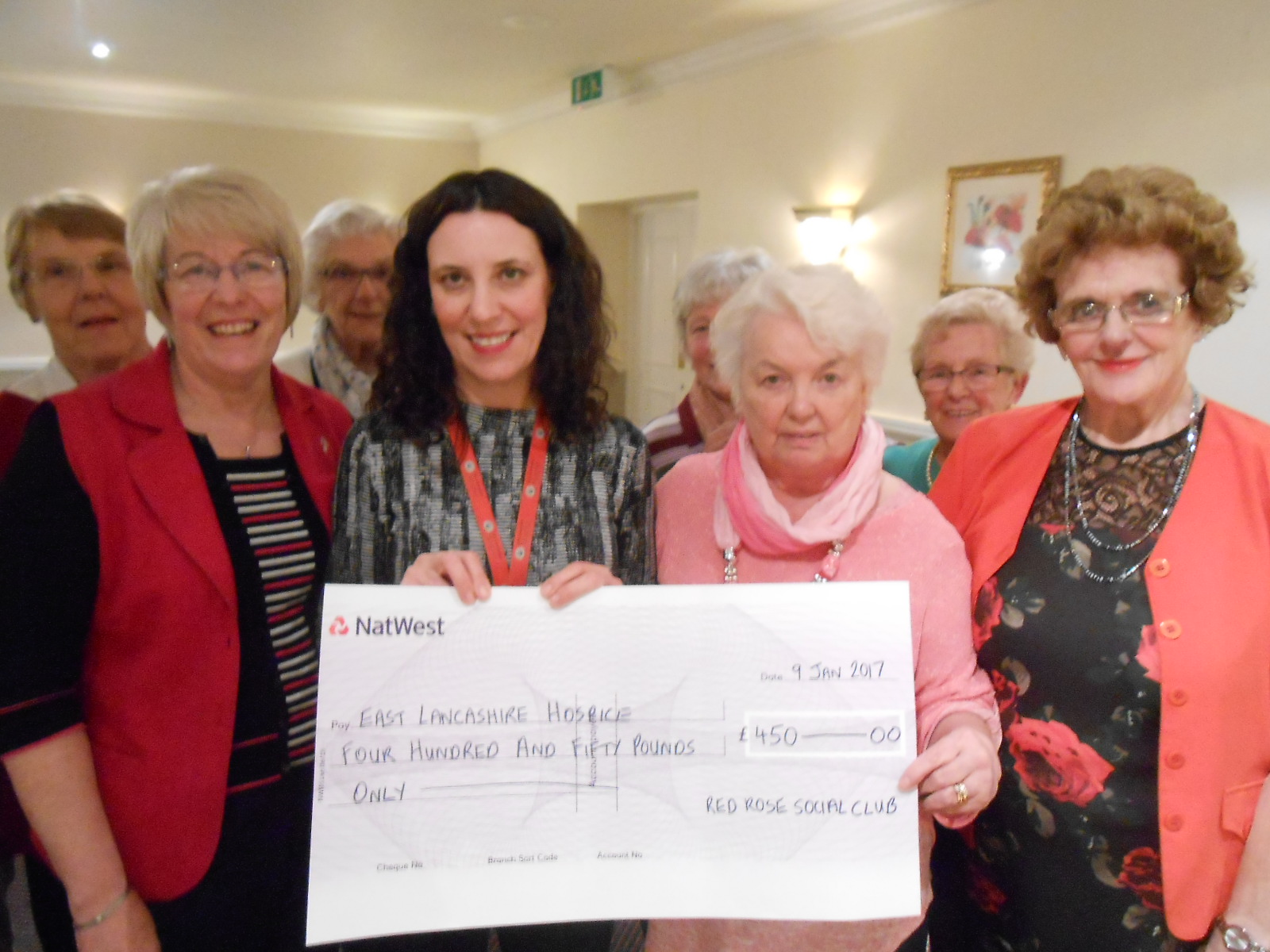 The presentation took place at the Foxfield’s Country Hotel in Billington.

The organisation is made up of retired profes­si­onals and busin­es­swomen who meet twice a month at the venue.

Red Rose Social Club consists of women who are currently, or have previously, volunteered at the hospice.

East Lancashire Hospice was chosen as the group’s charity of the year. Names of the charities members wish to be selected are put into a hat. Due to the group’s support for the hospice, the charity has also been chosen for 2017 too

The money was raised through raffles held throughout the year.