Charity of the Year

The Mall Blackburn has named East Lancashire Hospice as its Charity of the Year, after 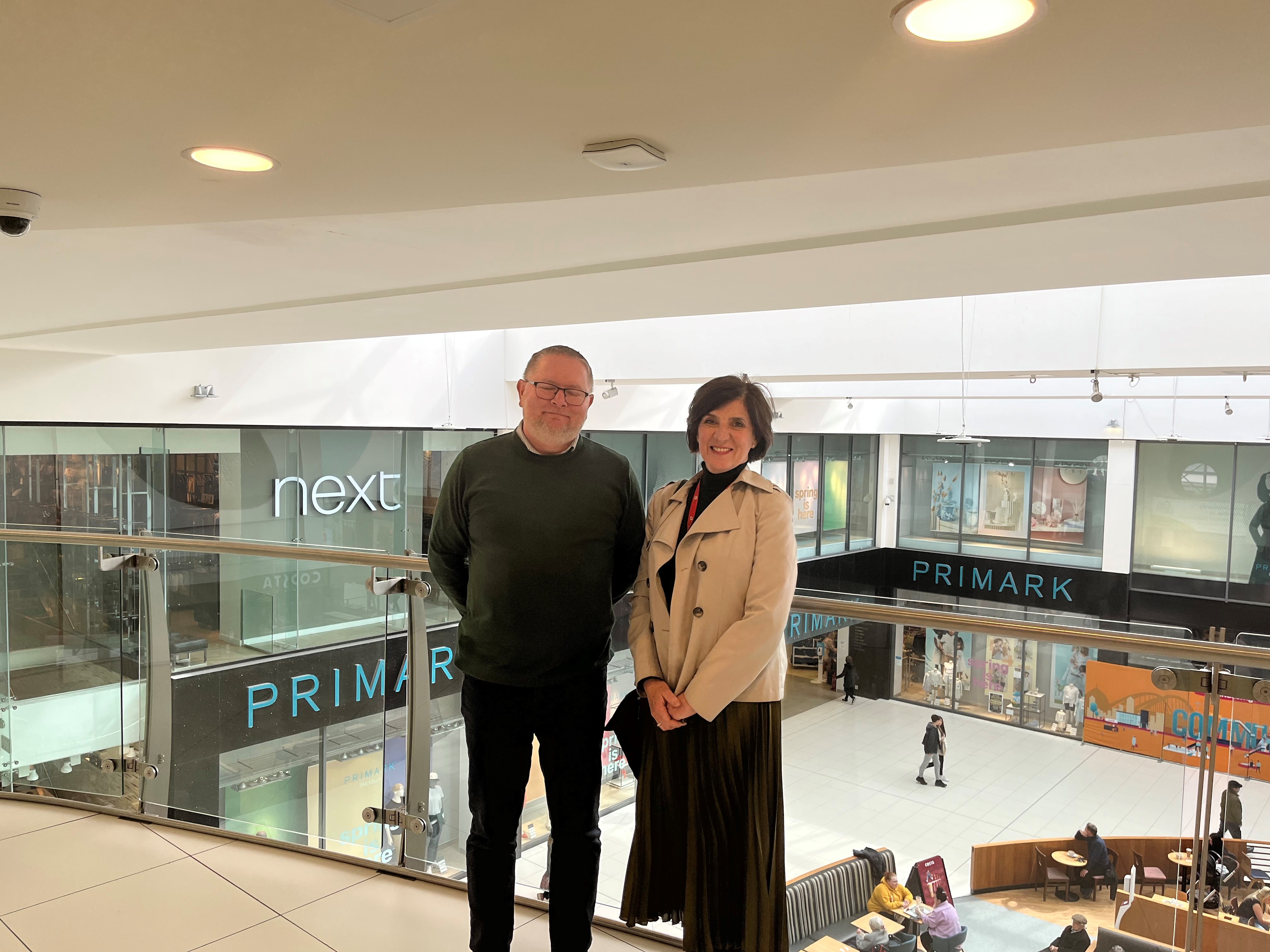 inviting applications from across the county as part of its Mall Cares programme.
Loraine Jones, General Manager at The Mall Blackburn, said: “We received a lot of submissions, and it’s always very difficult to choose just one to focus on.

“After careful consideration, East Lancashire Hospice was picked out as our official Charity of the Year. The Hospice does such valuable work for residents of the immediate local area suffering life-limiting illnesses that we have committed to supporting and joining in their calendar of fundraising events for the year ahead.

“We will still be working with lots of other worthy causes throughout the year as we have built fantastic relationships with lots of people in recent years.

“Being able to make a difference to important causes is my favourite part of the job. Here at The Mall, we love to help raise awareness and much needed funds whilst having fun along the way.

"We’re excited to throw our support behind East Lancashire Hospice this year, and play our part in bolstering the incredible service they offer to people with life-limiting illnesses.”

Leanne Green from East Lancashire Hospice said: “We’re delighted to be chosen as The Mall’s Charity of the Year and we already have some exciting fundraisers in the pipeline for the team to get involved with.

“For starters, our Corporate Challenge runs from 3rd May – 31st August with a breakfast launch on Monday 25th April. Any other businesses interested in getting involved have until 22nd April to sign up.

“We also have a Ribble Valley Pub Walk planned on Saturday 25th June, a Sunflower Memory Garden event on 10th July, a skydive on 17th July, and our Annual Ball which will be held at The Dunkenhalgh Hotel on Saturday 26th November.

“Being The Mall’s Charity of the Year has the potential to give us a real boost for 2022, and we’re thrilled to have been chosen.

“It’s important to reiterate how grateful we are to anyone who raises awareness and funds for our cause, however small or large the donations may be. It all contributes to making a huge difference to East Lancashire Hospice and our patient care.”