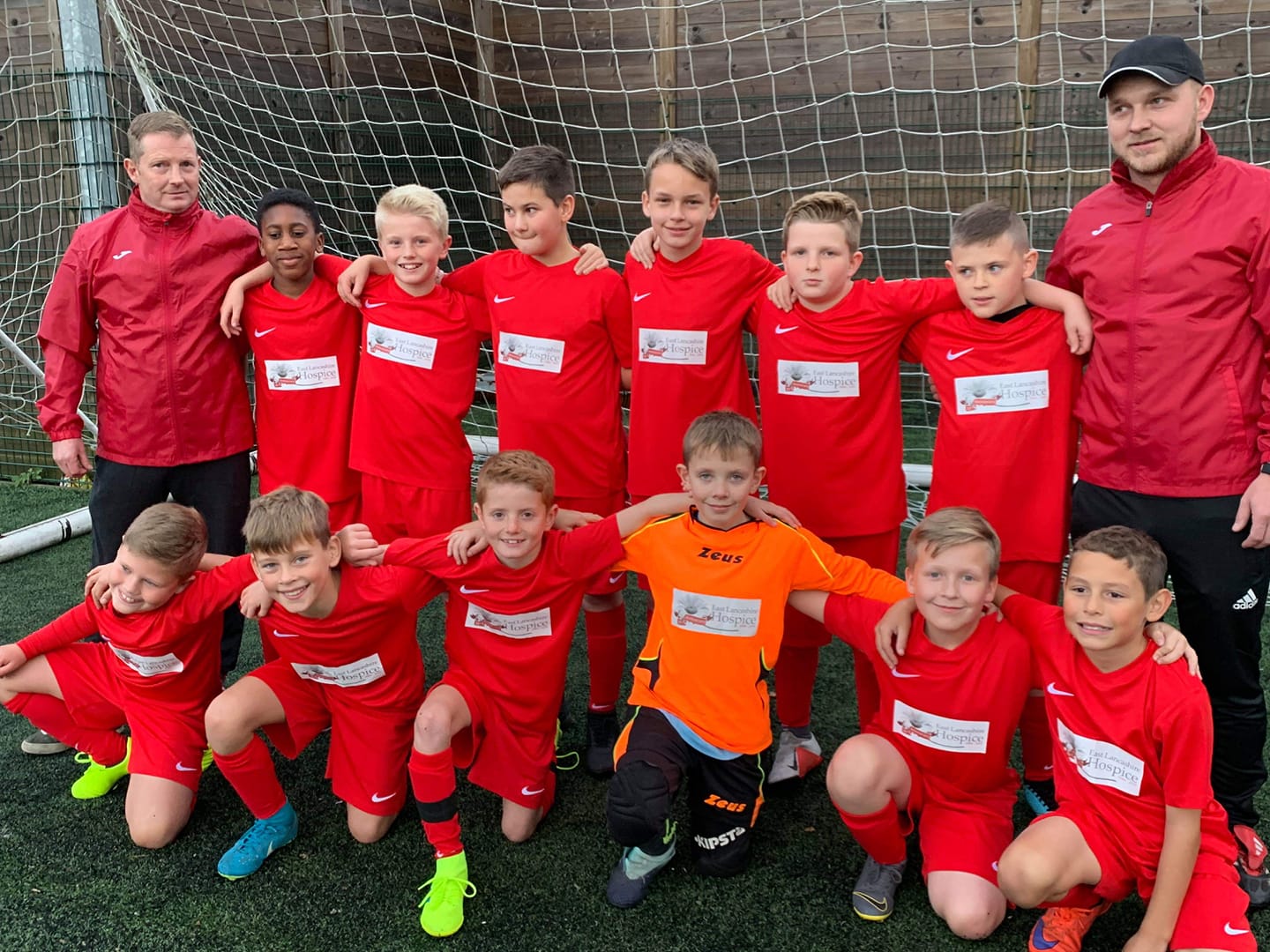 Gareth Mayoh, dad of ‘the boys in shorts’ otherwise known as Tom and Jack, chose to sponsor the Darwen Rangers Junior Football Club under 11 Red’s team for two seasons in the name of East Lancashire Hospice.

The team’s training shirts now display the hospice logo on the front of the shirts, rather than Gareth’s own business name, Asset Survey Solutions.

Gareth said: “I wanted to make more people aware of East Lancashire Hospice so that the hospice can continue to provide care for those who need it most. I decided to sponsor the team to put the hospice at the forefront of people’s minds.”

His wife, Louise, was cared for by the hospice before she died of cancer last year. His sons, Tom and Jack, have won awards for their incredible fundraising efforts as they’ve raised over £31,000 for the hospice in memory of their mum.

Gareth commented:  “The hospice is a charity close to my family’s hearts who do wonderful work caring for people with life limiting illnesses.”

To find out more about Gareth’s story and to sponsor the boys, please visit their JustGiving page: https://­www.­justgiving.­com/­fundraising/­tom-jackmayoh