East Lancashire Hospice 10K organisers have announced the date of their next race – and revealed how much the event has raised so far. 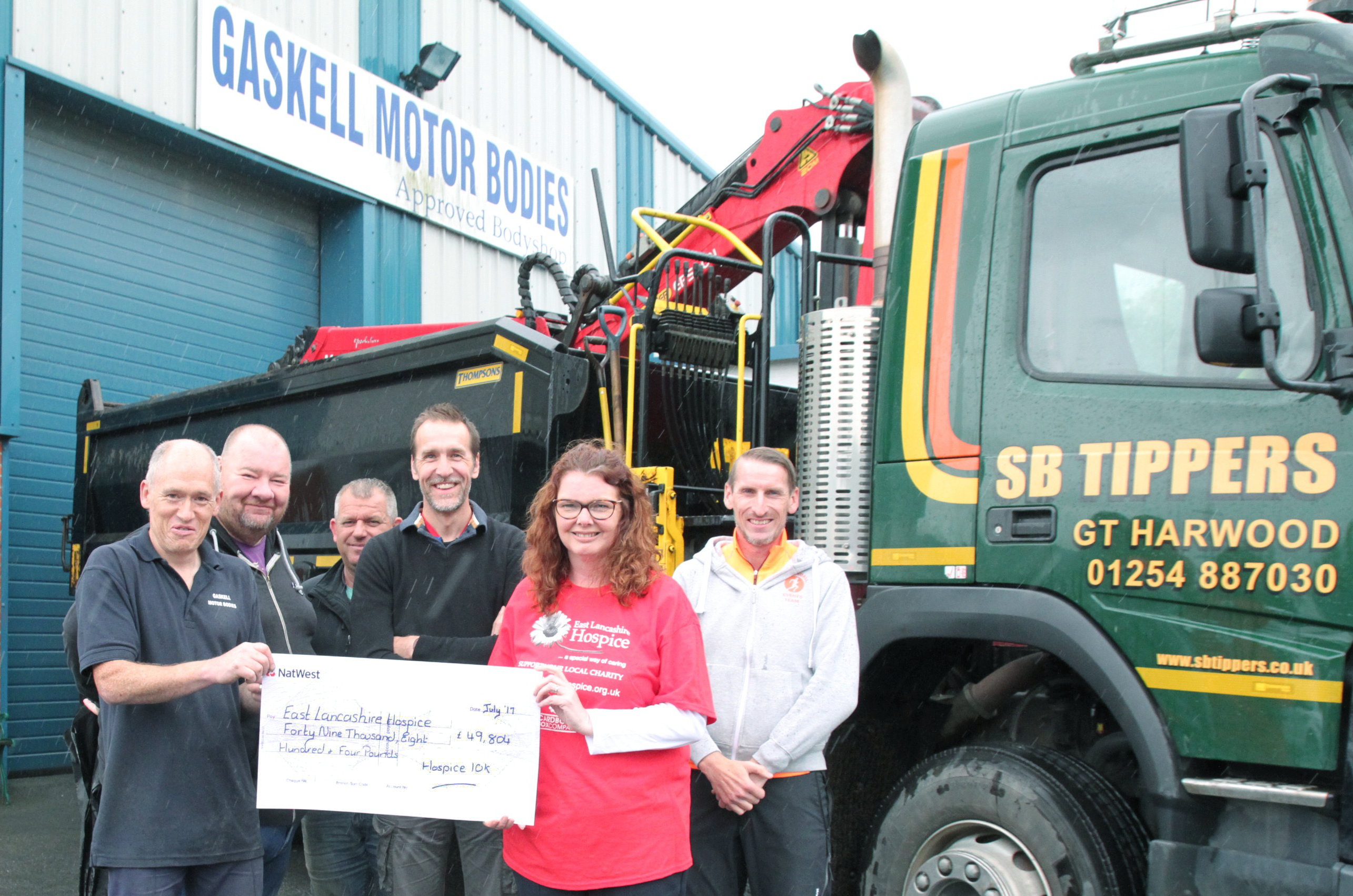 The popular event, which is viewed as the first race of the season by many clubs, has raised a staggering £49,804 for East Lancashire Hospice in four years.

The giant cheque was presented to the hospice as preparations began for the fifth annual event, hosted by Gaskell Motor Bodies.

The next 10K race will be held on 14 January and is expected to attract over 500 people for the adult, junior and fun run categories.

Nick Gaskell, owner of the business, has supported the hospice for around eight years. He said: “The race has become more and more popular. It’s seen as the first race of the season and is used as a training run by a number of clubs.”

Keen runner Nick, 46, from Whalley, said: “It’s an undulating route with a couple of challenges – including the last push to the finish line. Me and Chris Knagg started the 10k in 2012.

“This is the fifth annual event and all the money goes to the hospice. We hope the event is still running in 30 years.”

The 10K starts at Gaskell Motor Bodies on Alan Ramsbottom Way, Great Harwood, and follows cycle tracks, the old railway, Cutwood Park and back along the canal tow path.

Entry is £12 for all runners. Registration will start at 9.30am on the day, with the race commencing at 11am.