The incredible amount was raised at a Ball held at Stanley House Hotel in October last year after it became apparent that many customers knew someone or had themselves benefited from the services of the hospice.

All at the jewellers took a part in organising the hugely successful event and from the amount raised and feedback from those who attended, their hard work definitely paid off, and their fundraising doesn’t stop there.

Leanne Rogers who helped to organise the event said, “We had an absolutely incredible evening, and the feedback from guests has been fantastic. We are so proud to live and work in a community which gives so generously. We’re looking forward to our next fundraising challenge.”

Leanne and sister Lauren Holmes have now started their next challenge to raise even more and have registered to take part in the Rossendale Triathlon in May this year.

Lauren said “Leanne and I, along with our mum, Gill, and step-dad, Nigel, opened Sarah Layton in April 2010. Since then, we have had the privilege of working in the incredible community we have in the Ribble Valley. Through our work, we have heard first hand of the love and care some of customers and their families have received in recent years from East Lancashire Hospice.”

If you would like to support Lauren and Leanne to raise money for a local charity caring for local people, visit their fundraising page at:
www.­justgiving.­com/­fundraising/­sarah­la­yton­je­wellers 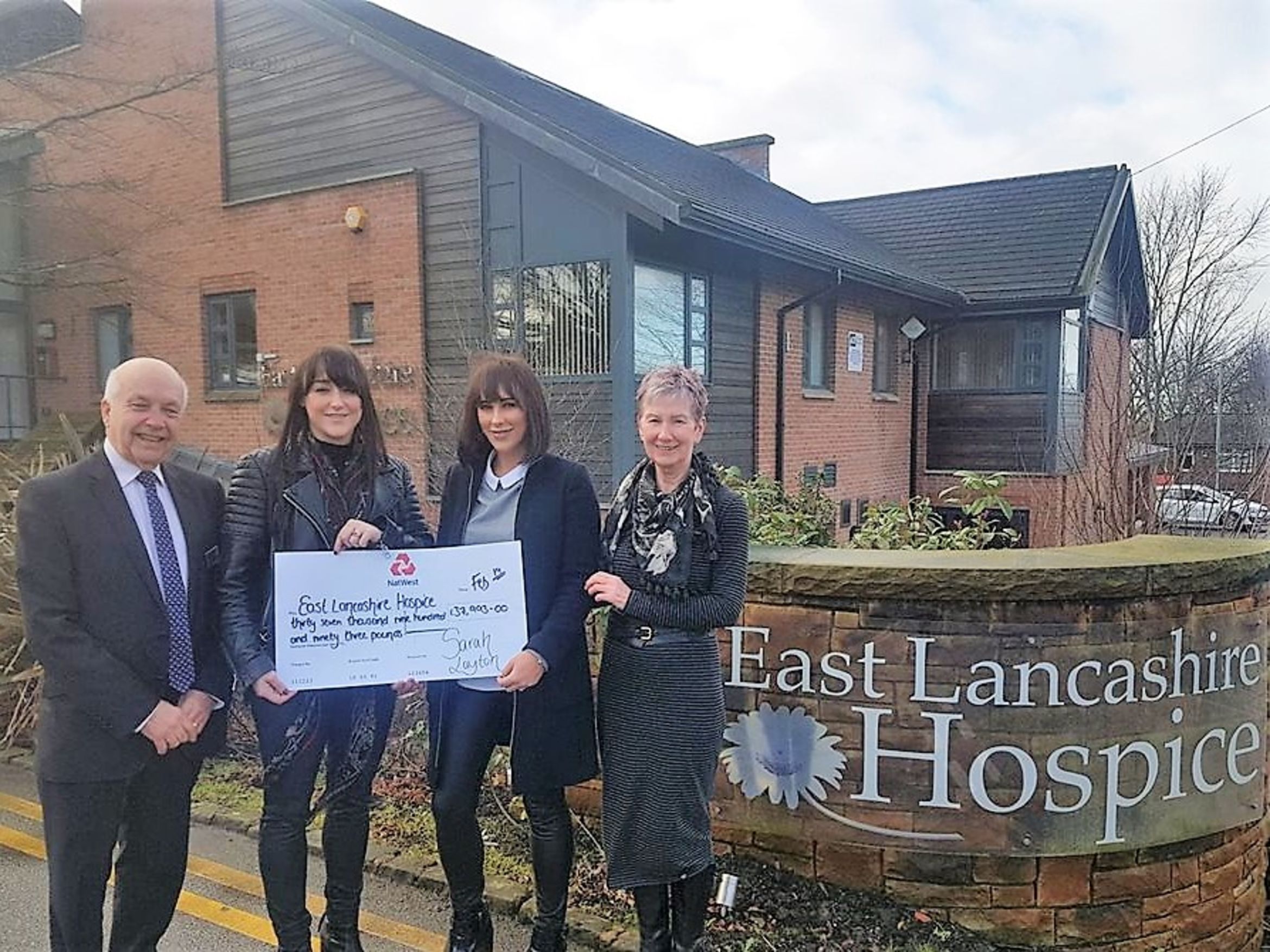