On the run for the hospice 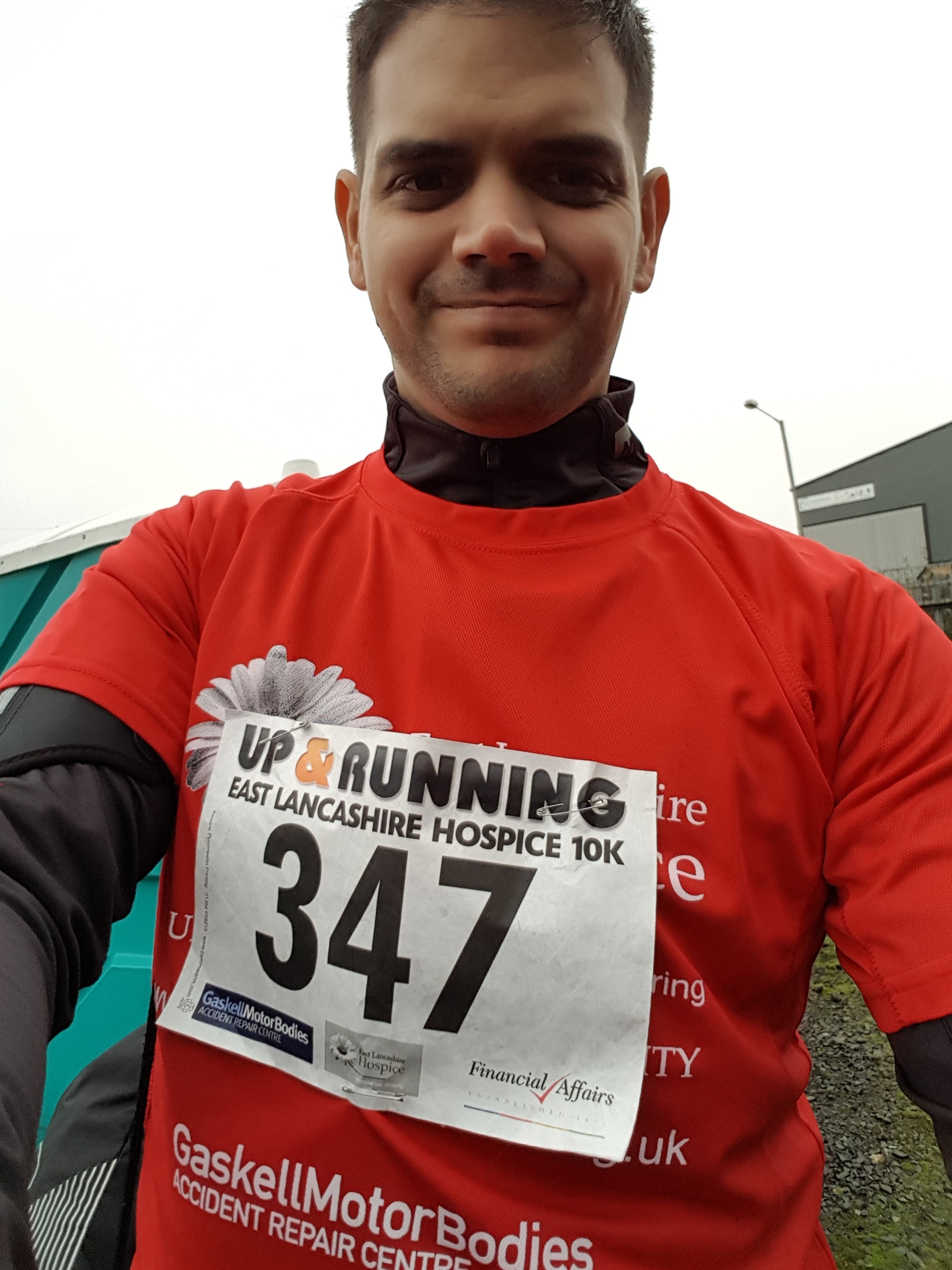 Anthony Mathews has set himself this mammoth task in support of East Lancashire Hospice after a family friend was cared for at the Park Lee Road site before passing away.

The dad-of-three, who lives in Oswald­twistle, said: “I thought I would set myself a bigger challenge and a significant amount. It's a big target to hit.

“We had a close friend of ours, Teresa Cole, had cancer and unfor­tunately passed away two and a half years ago. She spent her last few days at the hospice. We have done fundraisers for them ever since.

“Last year I took up running and completed the Pain Barrier event – a 10K mud obstacle race – in October, raising £374. It was very different to what I have done before. It's one of the hardest mud runs in the UK and had obstacles called things like marshes of misery. It wasn't enough to put us off though - we are doing it again this year. That will be one of my many fundraising challenges in 2017.

Anthony kick-started his £2017 in 2017 fundraising on Sunday by taking part in the fourth annual East Lancashire Hospice 10K, raising £104.

On the day he achieved a personal best of under 54 minutes. He also plans to run two more 10ks including the Ron Hill Accrington 10K in March and then the Burnley 10K in May. He is also aiming to complete his first half marathon by the end of the year.

Anthony said his family, who have previously made and sold items at various East Lancashire Hospice events, are supporting his quest.

“Everyone is in the lookout for events for me. They are giving me lots of support.

“I wanted to raise money for a local charity because you can see how your money is being spent, and you hear how much of a difference it is making in your community.

“East Lancashire Hospice makes a massive difference not only to the patients, but the friends and family afterwards. You can't put a value on that.