Rosemary is certainly making the most of life! 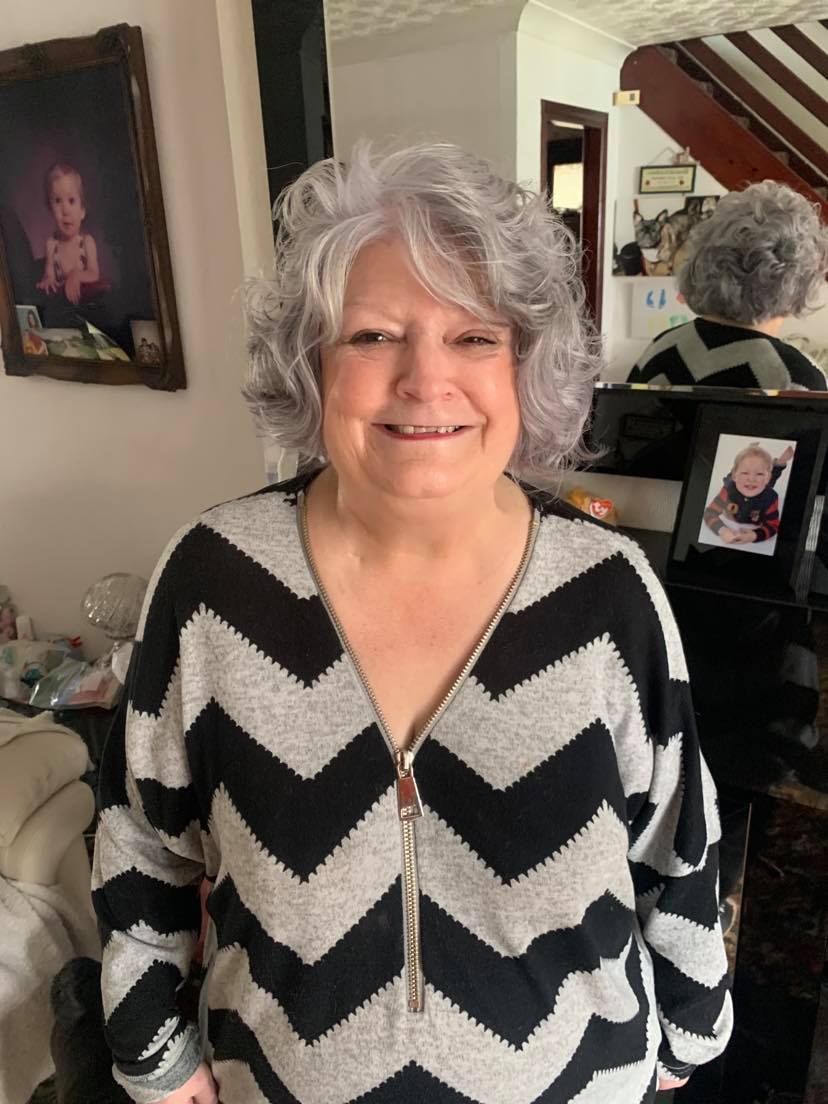 On 17 March 2016, Rosemary Smith didn’t know how much her life was about to change when she found a lump near her naval. After a meeting between clinical services, she received a call on the same day from the nurse who said she needed to visit the very next day and advised her to have family with her. She then got the news that it was cancer that was found all over her body and the diagnosis wasn’t good, it was just weeks, not months – that was nearly 5 years ago!

Born and bred in Great Harwood, Rosemary moved to Blackburn when she was 18 years old, and then moved to Oswald­twistle where she now lives. Rosemary is a well-known character after working for her beloved football club Blackburn Rover for 41 years and also visiting homes as a collector for The Provident Personal Credit.

Rosemary first came to East Lancashire Hospice as a day patient in 2016 after she received a visit from Jayne,  a Hospice Clinical Nurse Specialists (CNS’s) who realised she needed some ‘Me’ time so persuaded her to come and have a look around.

Jayne spotted that there were quite a lot of demands at home as Rosemary’s husband Peter was struggling to deal with her diagnosis and felt like giving up, because he didn’t want to live without her. He also needed to be nursed after having a hip replacement operation. Jayne assured Rosemary that she would find calmness and be looked after if she came as a day patient for one day a week.

On her first visit, Rosemary remembers sitting at a table with volunteer Doreen, who was quilting and showed Rosemary how to do it. This included folding over the pieces and ironing flat before putting together to sew. When she got home her husband said, “Well did you have a restful day” to which Rosemary replied jokingly, “I’ve been ironing all afternoon!”

Since her first visit in 2016 Rosemary has found many friends, formed close knit relati­on­ships with the group she attends with and felt able to talk to the others in the group about things she struggled to talk about with anyone else, even her family and in turn was always a listening ear for others.

She said, ”When I first came as a day patient, people said to me, how can you go somewhere like that, it will be depressing, its where people go to die and that couldn’t be further from the truth.’ ‘Since I have been here, I have taken part in a Calendar Girls style calendar organised by Ann Dobson who also attends as a day patient, along with other ladies from the hospice, performed in a play with advice from the Coronation Street actor Peter Gunn, featured on Granada Reports and one of my proudest moments was stood on the stage singing at the prestigious Bridgewater Hall – now how can you say that is depressing?”

I also enjoyed the compli­men­tary therapies. At one of my first sessions of Reiki, as I was having the treatment and had a vision of my youngest son, stood on his wedding day with a baby in his arms and tears started to drop down my face.’ ‘They carried on for at least 45 minutes but the treatment didn’t stop and the therapist didn’t mention it.’ ‘I later realised that that my grief was imagining that I wouldn’t be there if he got married, the vision made me feel better because I felt I was seeing it, even if I wasn’t there and the tears needed to come out of my body.’ ‘It never happened again, but I am glad it did.’

It’s been really hard going through lockdown and I couldn’t have managed any of it without my family and my friends. As we can’t get together to come into the hospice at the moment, they have arranged a host of virtual Zoom calls and classes that the that include, art, exercise, cooking and baking – I have opted to join the quiz classes.’

To those that think the hospice is scary, my answer would be, think of the hospice motto – ‘Making the Most of Life,’ we certainly are. My experience has been one of joy, if you could hear us laughing on our Zoom calls, you would know that it isn’t. If you need it, give it a try, you won’t regret it.

Although at first my diagnosis came as a huge shock, as a practicing Christian my faith in God has helped me as well as knowing others have prayed for me. I have realised it has allowed me to see and hear how much I am loved, I am so blessed.

We are lucky that we have the hospice and grateful to the people who raise money and support it. It’s such a wonderful thing to do – Thank you