Playing to a Captive Audience

On Friday 29th April, Lancashire Police hosted a charity raffle event at Greenbank Police Station, Blackburn. The event was organised to raise money for two chosen charities, with East Lancashire Hospice being one of the beneficiaries.

The event included a bake off between the Police Officers, with Rachel and Lauren Finch from Finch 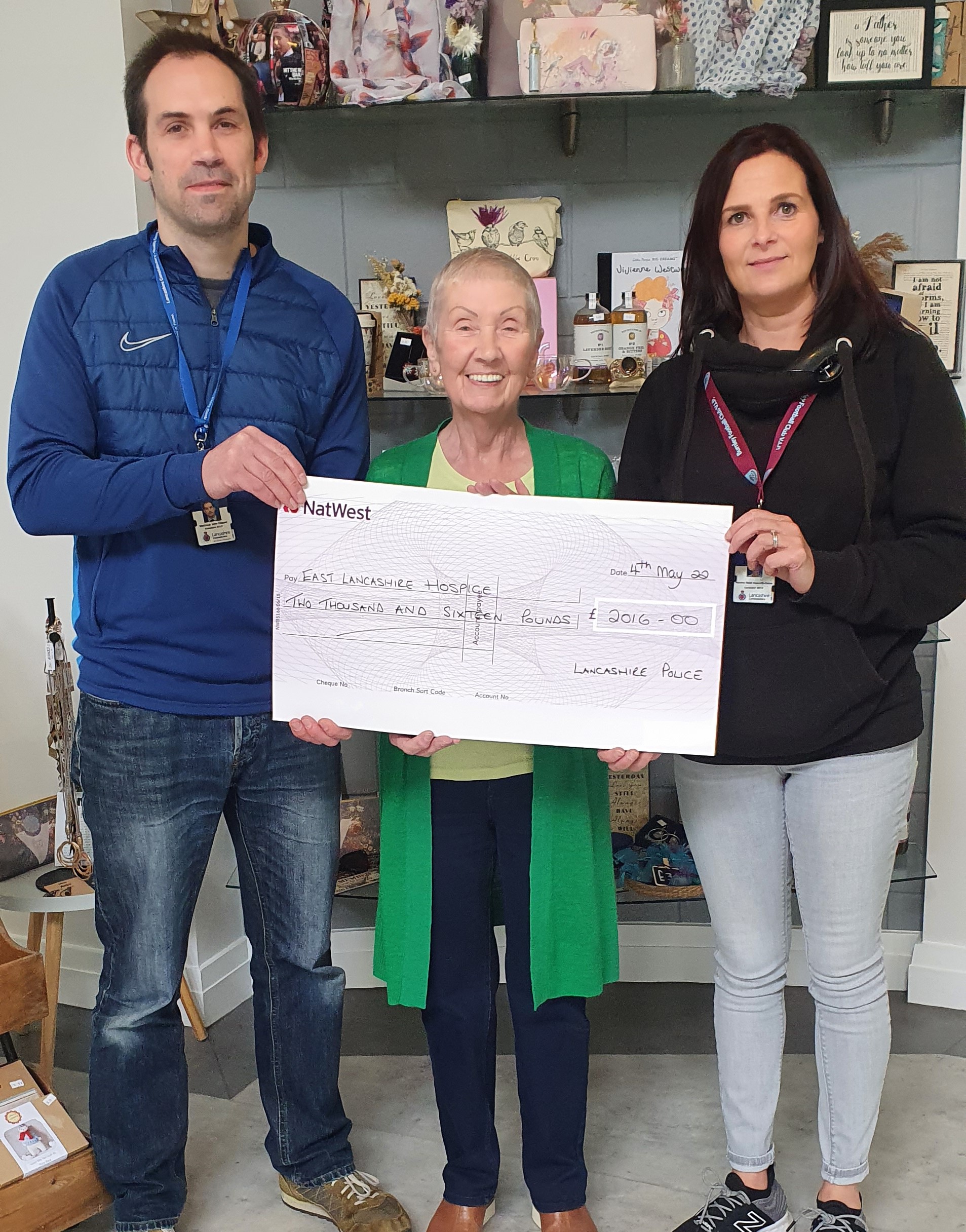 Bakery, Great Harwood, attending to choose the winner. Guest speaker, Jason Manford, celebrity comedian, drew the raffle as well as telling some of his famous jokes, which really got the crowd laughing.

East Lancashire Hospice were invited to the event to speak about the charity and what the money raised at the event means to patients, such as Ann Dobson, who attends the Creative and Support Therapy (CaST) sessions at the hospice, weekly. Ann joined Jackie Morris, Fundraising Assistant at East Lancashire Hospice to the event to talk about what the hospice has done for her and how important the services are to people in our community.

Jackie Morris said, “We would like to thank Neomy and Matt from Lancashire Police for organising such a fantastic day to benefit the hospice. It’s incredible to see the support we receive and the compliments from people after we go out and talk about the services and support we offer to patients and their families in our community.”

The charity raffle event raised £2,016.00, which was graciously received by Ann Dobson, member of CaST.

Posted and tagged Jason Manford, Greenbank, police on 11th May 2022