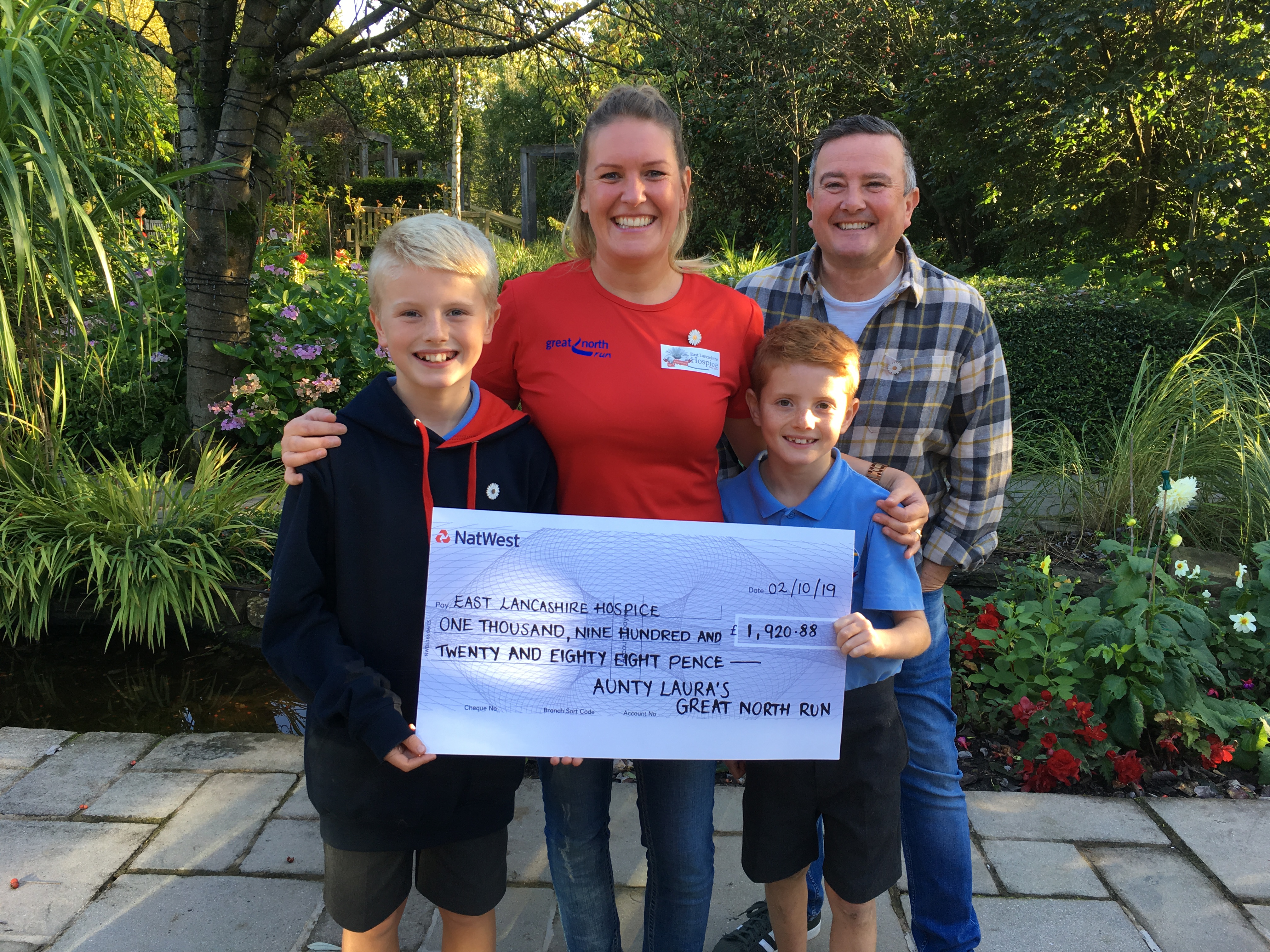 Laura’s sister, Louise, was cared for by the hospice before she died from cancer in July last year. Since her death, Laura’s nephews, Tom and Jack Mayoh, have been tirelessly raising funds for East Lancashire Hospice in memory of their much-loved mother.

Laura said: “I chose to do the Great North Run in aid of East Lancashire Hospice who looked after my sister, Louise, who died last year. On the day of the run, I was the same age as Louise was when she died, 39, so I wanted to raise as much money as I could for the hospice.

“I wanted to challenge myself and get people to sponsor me, so I chose to dress up as a prosecco bottle. Me and Louise loved to drink prosecco together, so it seemed very fitting.”

Despite injuries, she completed the half marathon and managed to raise a whopping £1,920.88 for the hospice – all of which was added to the boys’ fundraising total that now stands at over £30,000.

Lucinda Bury, Fundraising and Marketing Assistant at East Lancashire Hospice, said: “I would like to say a huge thank you to Laura for taking on such a tough challenge and being such a good sport dressing as a prosecco bottle. What a superstar! The money raised will make a massive difference to our patients and their families.”

If you’d like to challenge yourself and go the extra mile to support East Lancashire Hospice, then take a look at some of the hospice’s upcoming events online: https://­eastla­nc­shos­pice.­org.­uk/­events