Weight Of The World

David Costello and his forces pals will be running with the weight of the world on their shoulders when they take part in the Blackpool Half Marathon. 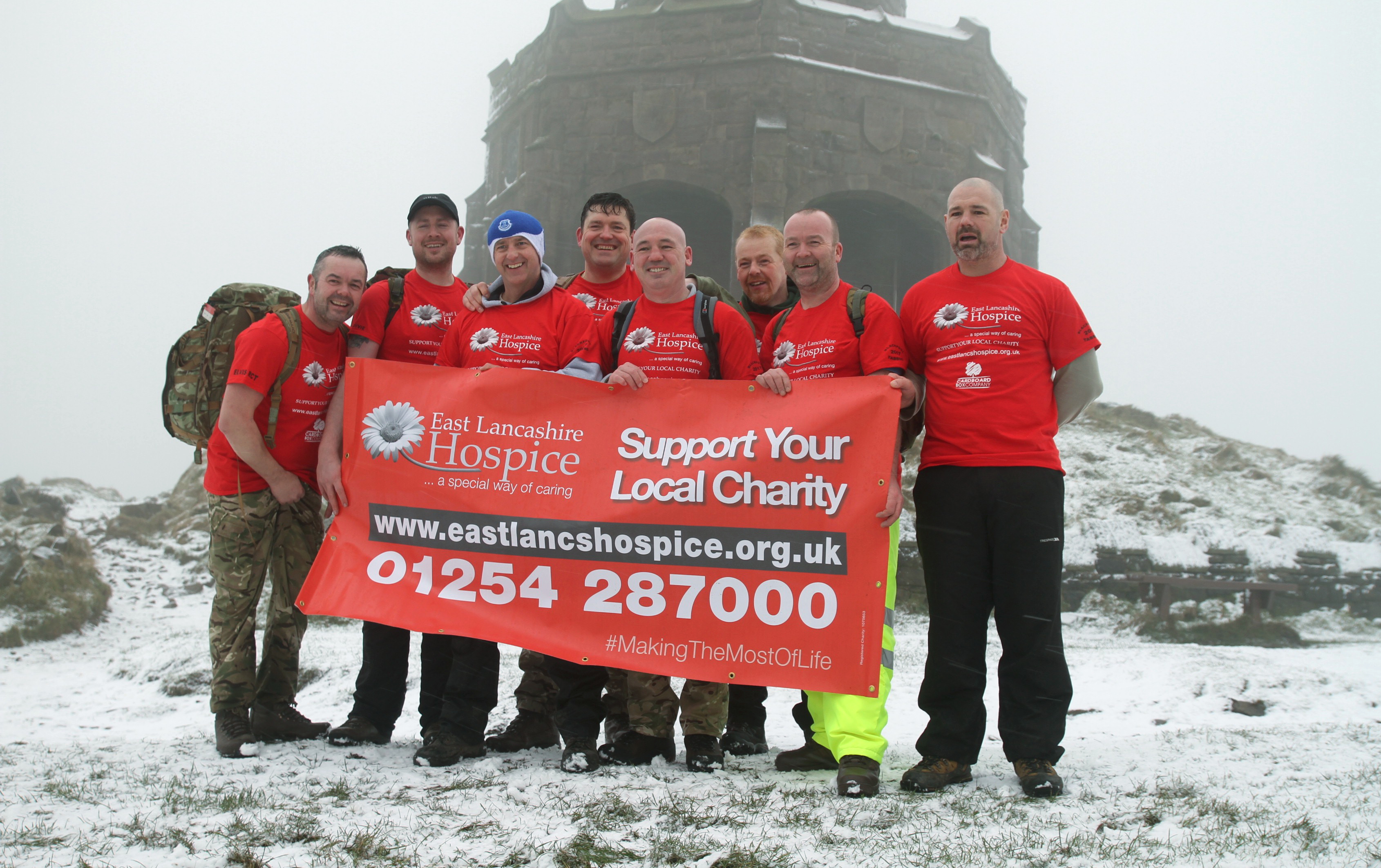 David, 46, and 11 of his friends will be carrying 48lb in weight in their backpacks to represent the age of David’s sister, Jakki Stone, when she was told her cancer was terminal.

Jakki, who has been an inpatient at the hospice on Park Lee Road since New Year’s Day was first diagnosed with bowel cancer in 2006. As the family were waiting for the five year all clear, they were told that the cancer had spread to her lungs. And in October 2015, Jakki was told it had spread all over her body.

The mum-of-two from Darwen recently underwent radiotherapy to blast the brain tumour – but has been told another tumour has developed. 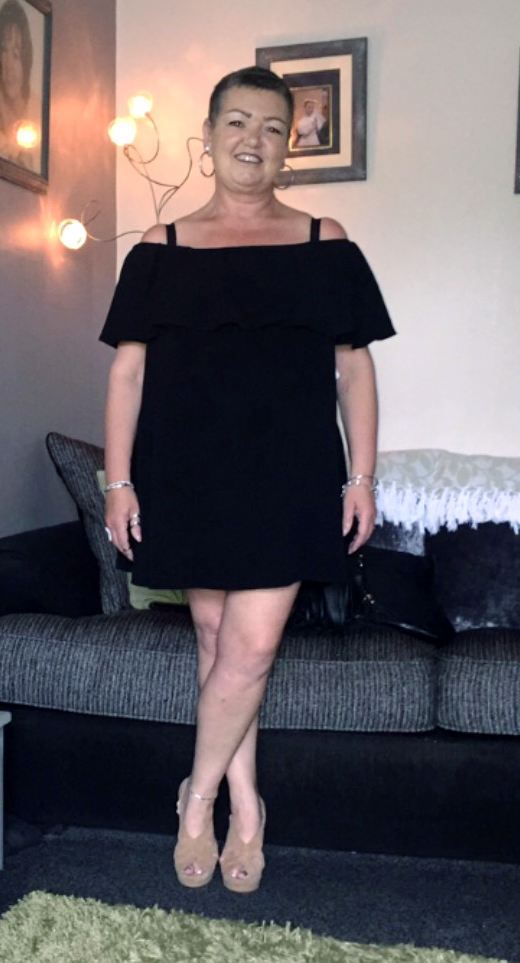 Jakki said: “When the cancer came back the doctors told me it was terminal. I knew this would be my last battle, but I’m going to carry on fighting until the end. It’s about keeping me comfortable now.”

Her brother David, who left the Army last year after serving 24 years in the forces, said: “East Lancashire Hospice needs £3.4million a year so they have to raise a lot of money through fundraising.

“I was going to run the Blackpool Half Marathon but my best friend Anthony Sandle, a captain in the Army, suggested tabbing it instead of running.”

Tabbing is a walk with a weighted Bergen, usually wearing boots and military kit, sometimes carrying a rifle. 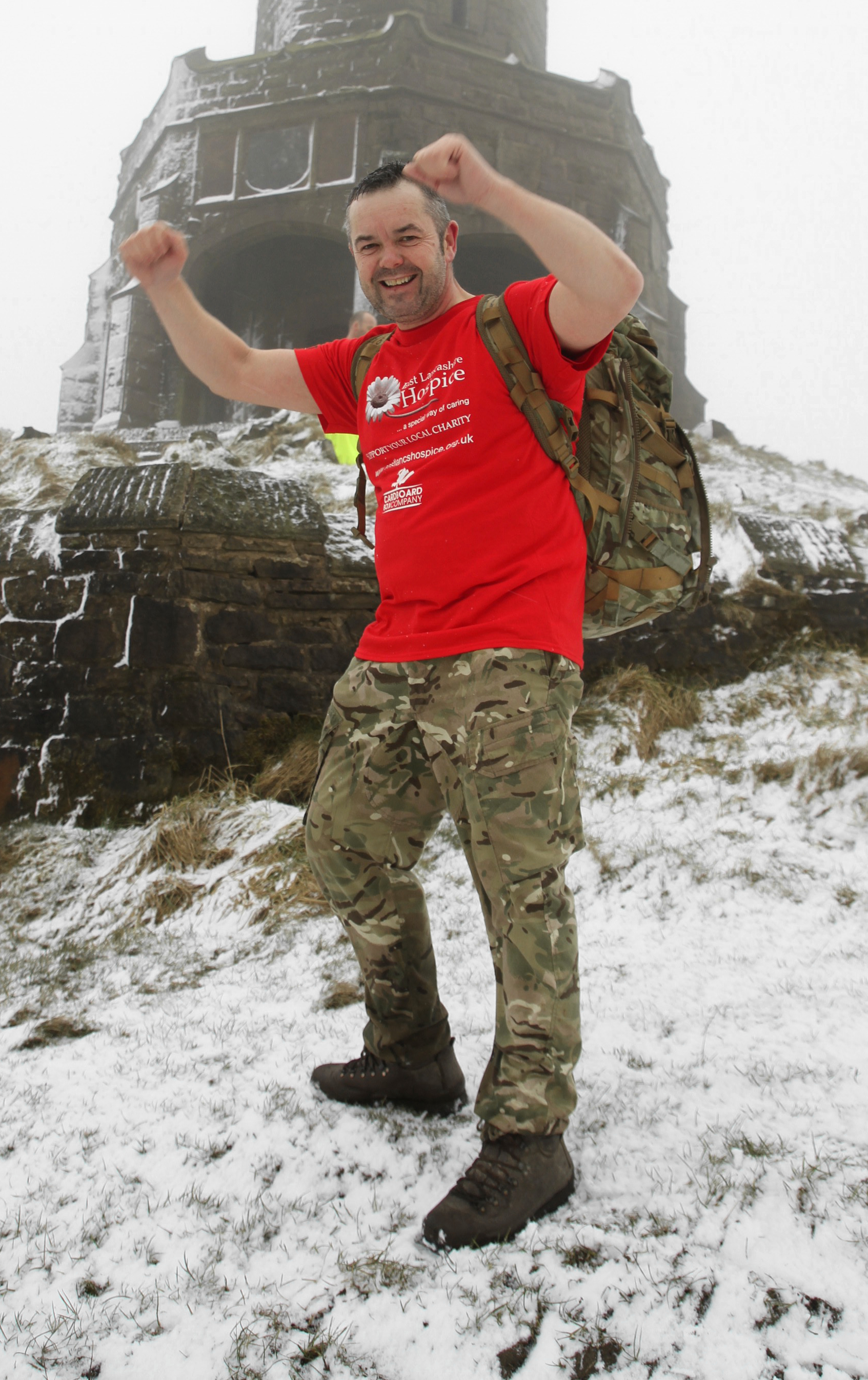 Instead of the usual 15kg, Antony suggested 22kg – equivalent to 48lb – the age Jakkie was when she was diagnosed with terminal cancer.

‘The Blackpool Tabbers’ aim to raise £5,000 for the hospice when they take part in the event on 23 April, St George’s Day, and have been training on the moors near Jubilee Tower in Darwen.

David said: “It wasn’t until recently that I realised just what the hospice does. Those guys should be on the Queen’s honours List. The service they provide is outstanding.

“They have been able to get Jakki’s pain under control and they have worked wonders.

“She’s been through a lot but she continues to fight.”

Following the event, there will be an event on at the Victoria Pub in Darwen to raise additional funds.

David has been supported by Waves Consultancy, the firm he works for, who have donated over £800 to the hospice in the form of cash and prizes, and Autoglym. A fundraising event will take place in The Victoria Pub in Darwen after the event.