A TEAM of friends have taken on another mammoth challenge – by cycling coast to coast for charity.

David Costello, 48, and five of his pals saddled up to raise money for East Lancashire Hospice, who cared for his sister Jakki Stone before she died in 2017. 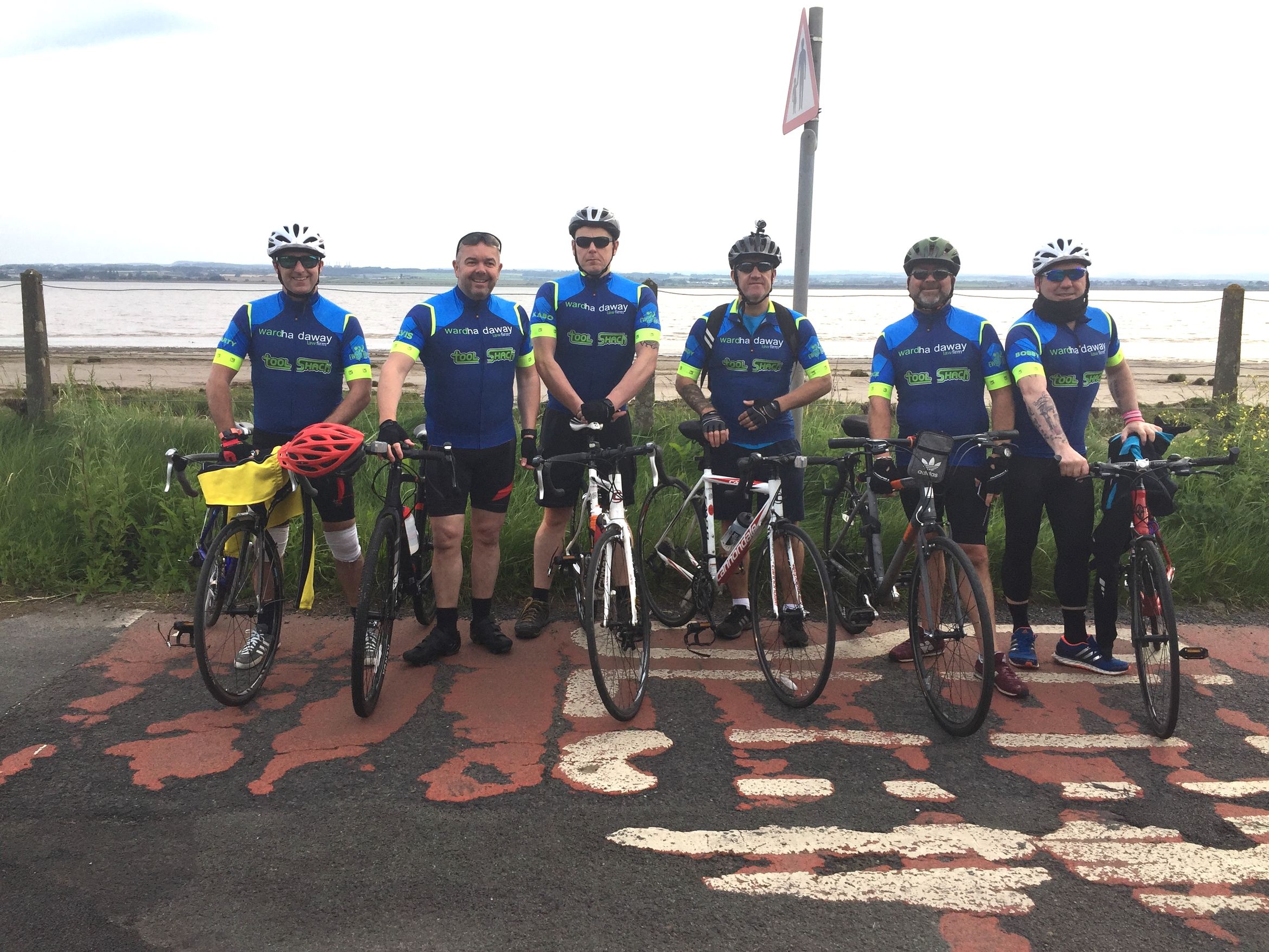 They embarked on their 108-mile cycle onSunday 23 June from Bowness-on-Solway near Kendal on the North West coast at 5.30am, and completed the event at Tynemouth on the North East coast just under seven and a half hours later.

Previously the group have raised over £6,000 running the Blackpool Half Marathon carrying rucksacks weighing 48lb to represent Jakki’s age when she died.

The team is made up of ex-servicemen David Costello, Chris Doherty Robert Johnson, and pals Colin Wright, Anthony ‘Purdy’ Eccles and Lee Kay all from Darwen, who cycled from the west coast to the east coast. They were aided by support drivers Darren Fullerton and Paul Jones and their support vehicles who signposted their route.

David, who left the Army in 2015, said: “East Lancashire Hospice needs £3.7million a year so they have to raise a lot of money through fundraising.

“Us 6 local lads have never ridden so many miles, especially in one go, therefore it was tough challenge for all of us. We’ve never done a cycling challenge. Luckily two of the lads are Paramedics – and they came in handy when I got really bad cramp about 30 miles in.

“The pain I was going through was a fraction of the pain the patients go through. That’s what kept me going. That, and my pride.”

On Sunday, 30 June there will be an event on at Artisan café and wine bar in Darwen from 3pm to raise more funds. The after-event party will include live entertainment, an auction, raffle and buffet. Entry is a voluntary donation of £2 and the bikes ridden by David and one of his teammates will be auctioned off.

David added: “I would like to thank Ward Hadaway Law firm in Manchester, Waves Consultancy Ltd, Toolshack UK in Blackburn, Ewood Bikes and Aztec Office Contracts in Darwen for all their support. Their sponsorship means that all money raised can go to East Lancashire Hospice and the people that need it most.”