On Friday 17th June 2022, Blackburn Golf Club are hosting a golf day in memory of friends and family of Joe O’Toole and others 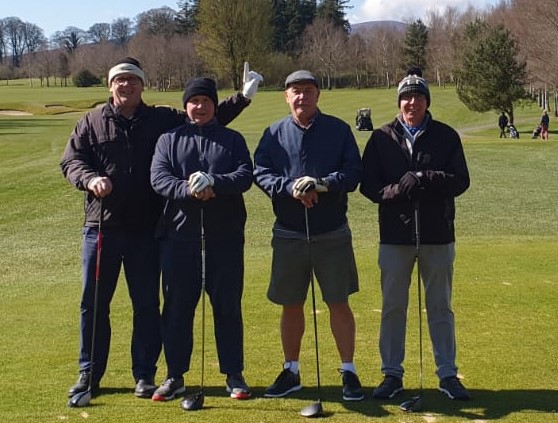 who have been cared for by the East Lancashire Hospice.

Mick O’Toole started the O’Toole Open with his brothers more than 20 years ago for fun with family and friends but when six years ago his brother and mother passed, he decided to play and raise money for East Lancashire Hospice. “My bother Joe called the hospice his second home. They made him feel welcome and cared for whilst he was there.” Mick commented.

Larry O’Toole now helps organise the event with his brothers Mick, Brian and Norman every year, not just for Joe, but for his daughter. “Karen used the Hospice in August 2020 when she was diagnosed with cancer at just 45. The care both Joe and Karen received was just brilliant. We cannot thank the East Lancashire Hospice enough for what they have done for our family, so we do what we can to raise funds on their behalf. Everyone playing has some links with the hospice and want to say thank you for the care offered to their own loved ones.”

There are 52 people signed up for the day, and most of those playing have lost a loved one who has been cared for by the hospice.

The day starts at 7:30 am at the first tee and ends later in the day in the Beehive Pub, Blackburn. Larry wanted to thank those who help them raise money on the day. ”We are very lucky to have so much support. Blackburn Golf Club offer us the day at the club with discounts, and prizes - the course fees for the day being split with the Hospice.” 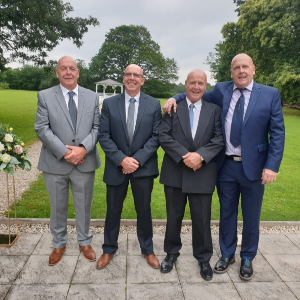 The teams head to the Beehive Pub, Cherry Tree, where the manager, Barry Brooks, who also plays with them on the day, puts on a curry for the teams and also raffles prizes for the hospice after the tournament presentations are made. Mick added. “Barry was very close to Joe, and supports us in all our efforts and has done so throughout the years.”

Added to these is the Cherry Tree Cricket Club, which was Karen’s local, who keep collection tubs for raising money for the hospice all year round.

Gabrielle Williamson of East Lancashire Hospice added “The brothers have been supporting East Lancashire Hospice for so long and we can only ever be grateful for their continued support. It costs around £4 million to run the hospice and it is through the generosity of fundraisers such Mick, Larry, Norman and Brian O’Toole that we can continue to provide our much needed services.”

The O’Toole brothers still have a challenge. Over the years they have successfully raised £9,533 with the combined efforts of the Cricket Club, the Beehive and the O’Toole Open, so they want to smash through the £10,000 barrier and think 2022 may be the year when they will succeed.

To support the efforts of the brothers, you can donate online at Donate (eastla­nc­shos­pice.­org.­uk) for Joe O’Toole, Karen O’Toole or another loved one named as the reason for your gift.